About The Black Lens

The Black Lens is an independent community publication, based in Spokane, Washington, that is focused on the news, events, people, issues, and information of importance to the African American community. The Black lens has quickly become the place to go for information about what is going on within the Black community.

Published on the first of each month since January of 2015, The Black Lens has grown from 12 to 24 pages and from 500 to 1,300 copies, which are hand delivered, free of charge, to targeted locations in Spokane’s Black community, including churches, businesses, organizations, and African American focused events.

The paper is also distributed to locations in the broader Spokane community, such as community centers, libraries, colleges, and ally businesses.

Additionally, The Black Lens has over 500 hundred paid subscribers in Spokane and across the country who receive the paper by mail each month.

Sandra Williams is an activist, lecturer, filmmaker, and entrepreneur, with an extensive background addressing issues of discrimination, equity, and social justice.

Sandra received her bachelor’s degree in Psychology from Washington State University and her Master’s Degree in Film/Television Production from the University of Southern California School of Cinema.

She has been involved in anti-oppression/anti-discrimination work for nearly 40 years, as the Coordinator of the Pride Center at Eastern Washington University, the Executive Director of Odyssey Youth Center, the Spokane Field Coordinator for Youth Suicide Prevention Program, and as an HIV/AIDS Prevention Educator focusing on communities of color.

In addition to activism and grass roots organizing, Sandra has effectively used the mediums of film, video, theater, and the spoken word as tools to address discrimination and oppression. In 2008, she ventured into radio with the development of a bi-monthly public affairs program on KYRS Radio 92.3 FM in Spokane, WA. Her program, REVOLUTIONARY SPIRITUALITY, which aired for four years, looked at the diversity that exists within religious and spiritual beliefs, and addressed the ways that organized religion has been used as weapon of oppression.

Currently focusing her attention primarily on the needs of Spokane’s African American community, Sandra accepted an appointment by Governor Jay Inslee in 2013 to the Washington State Commission on African American Affairs as the Eastern Washington representative and served from 2013 – 2018. She is a founding member of Spokane Community Against Racism (SCAR) and a long time member of the Spokane branch of the NAACP.

Sandra’s latest project is the development of The Carl Maxey Center, an African American cultural center located on 5th Avenue in Spokane’s East Central neighborhood. The Maxey Center building, purchased in August 2018, will be transformed into a sustainable (green) and technologically innovative hub that will focus on Equity, Racial & Social Justice, Business & Workforce Development, Education & Advocacy and Cultural Enrichment. The goal of the center is to uplift and empower Spokane’s African American community from the inside out. 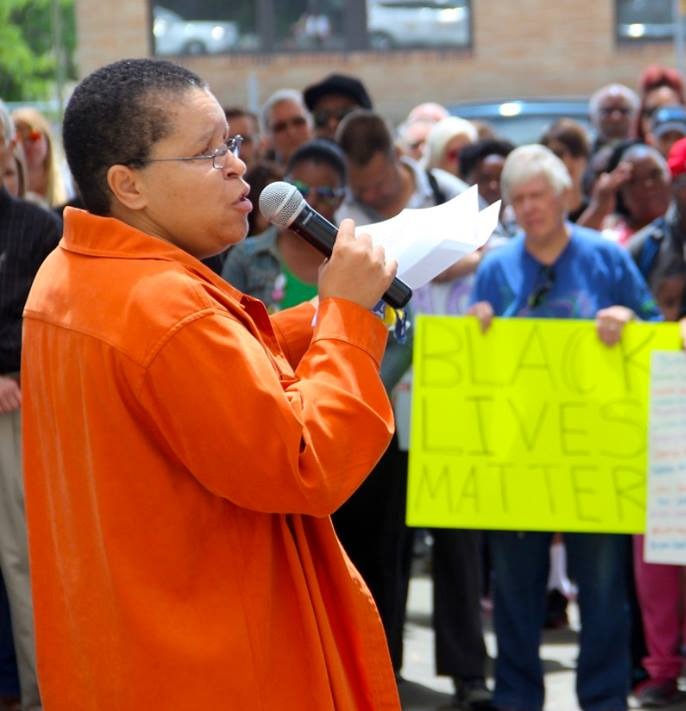